A Handmade Mesh Proves to Be a Promising Start

THE POINT cobbles together free internet for its Hunts Point neighbors

A community development group in Hunts Point is showing that part of the social safety net can be made of mesh.

Through some clever workarounds, THE POINT organization delivers free internet to about its 600 neighbors. It’s a model others are looking to replicate until longer-term affordable solutions are at hand.

And nothing is more affordable than free, which is vital to families in the South Bronx.

Even if it’s just $80 a month. Eighty dollars a month is a lot to someone living below the poverty line.

Households in the Bronx that don’t have broadband

“Affordability looks very, very different from community to community,” said Sharon De La Cruz, THE POINT’s director of sustainability. “Even if it’s just $80 a month. Eighty dollars a month is a lot to someone living below the poverty line.”

THE POINT, a nonprofit community development corporation, pays for a standard Verizon business subscription at its building on Garrison Avenue, which is wired with fiber optic cable. Through a series of nodes located on surrounding homes and businesses including N & M Transmission and Il Forno Bakery, the Point can shoot its Wi-Fi signal all over the neighborhood.

This is what’s known as a mesh—a series of antennae and nodes capturing, boosting and transmitting a Wi-Fi signal among one another.

Normally, internet and WI-Fi packages service one apartment, house or building. The mesh provides access to a neighborhood of users. De La Cruz likes to think of it as a way of hacking the system.

“I don’t know how much complaining [Verizon] can do legally,” she said. “But yes, we have been contacted by them.”

Funded by private, government and corporate sources, The Point in 2017 worked with the digital justice group Community Tech NY to launch its mesh system and train community members known as digital stewards to install and service the network. Both The Point and Community Tech NY have the same goal: building an equitable and community-governed communications ecosystem that uses locally developed tech talent.

It’s a really great technology and go-around. But it’s not the most sustainable or concrete. The most powerful are going to be your cables. [The mesh] works, but at the same time, we’re talking about policy advocacy. 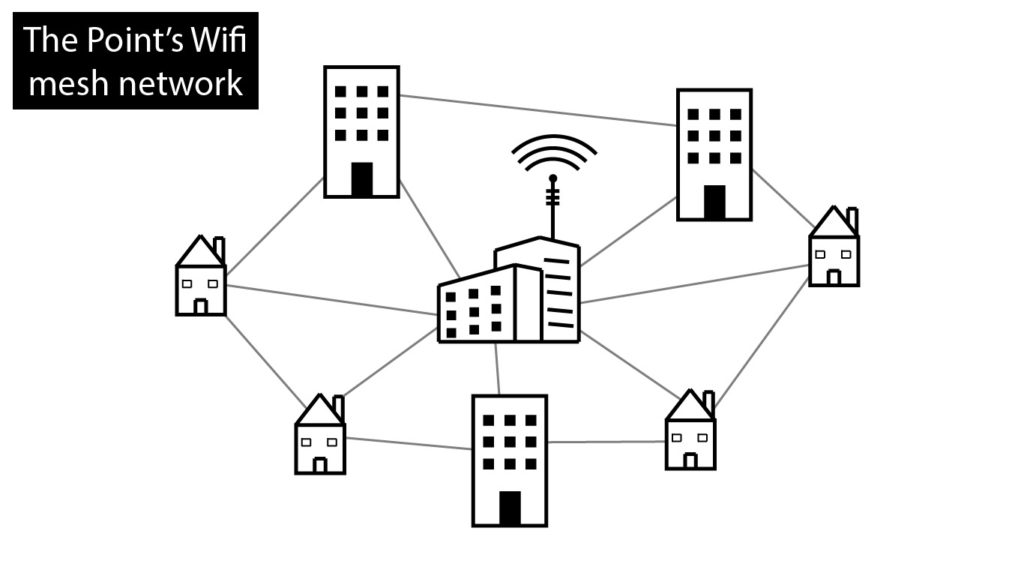 Wired but not connected

The city’s Internet Master Plan says almost 38% of all households in the Bronx don’t have broadband—the lowest rate of any borough. The percentage of households without broadband in the South Bronx is likely closer to 50%.

The Bronx has a major system of digital conduits running to it from Manhattan via Verizon’s Empire City Subway subsidiary, which should make providing broadband easier. Other internet and TV providers pay to tap into it. There’s expense in connecting the “last mile” of delivery into homes and businesses. The mayor’s chief technology officer is recommending that the city build out its own infrastructure and then rent access to service providers that are focused more on community needs rather than profit.

The master plan suggests the city run cable to streetlight poles and municipal buildings, then foster competition among a new set of internet providers that can use a range of technologies.

This spring, the city invited proposals to use city-owned physical sites to reach 600,000 additional New Yorkers in lower income neighborhoods, including 200,000 in public housing.

In the meantime, part of Hunts Point is being served by The Point’s mesh system.

De La Cruz doesn’t see it as a permanent solution to closing the digital divide that leaves Hunts Point behind. The end goal is not to infinitely expand the mesh, but rather send a message to officials and major providers that high-speed internet needs to be offered at lower costs.

“It’s a bit like a Band-Aid,” she said. “It’s a really great technology and go-around. But it’s not the most sustainable or concrete. The most powerful are going to be your cables. [The mesh] works, but at the same time, we’re talking about policy advocacy.” 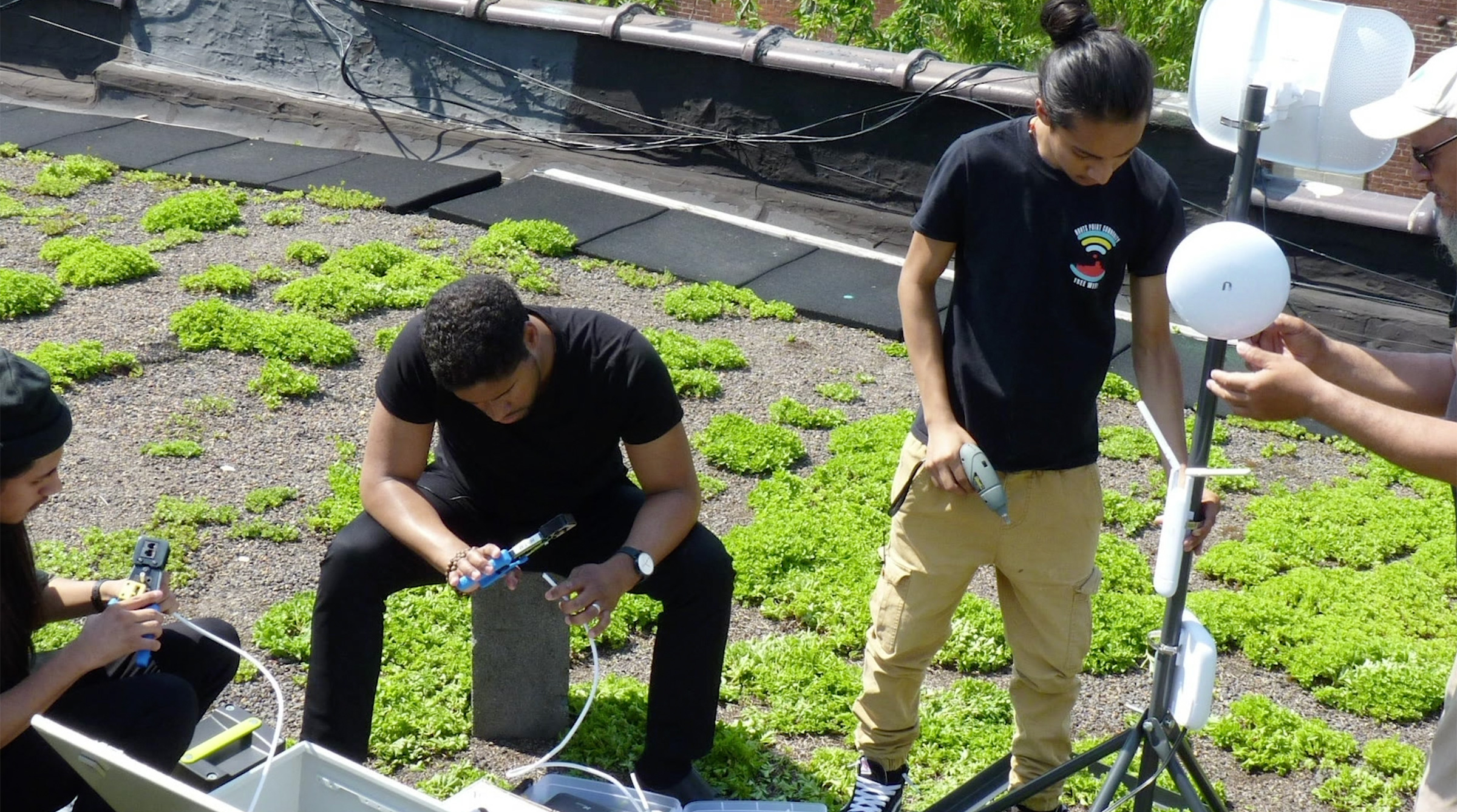 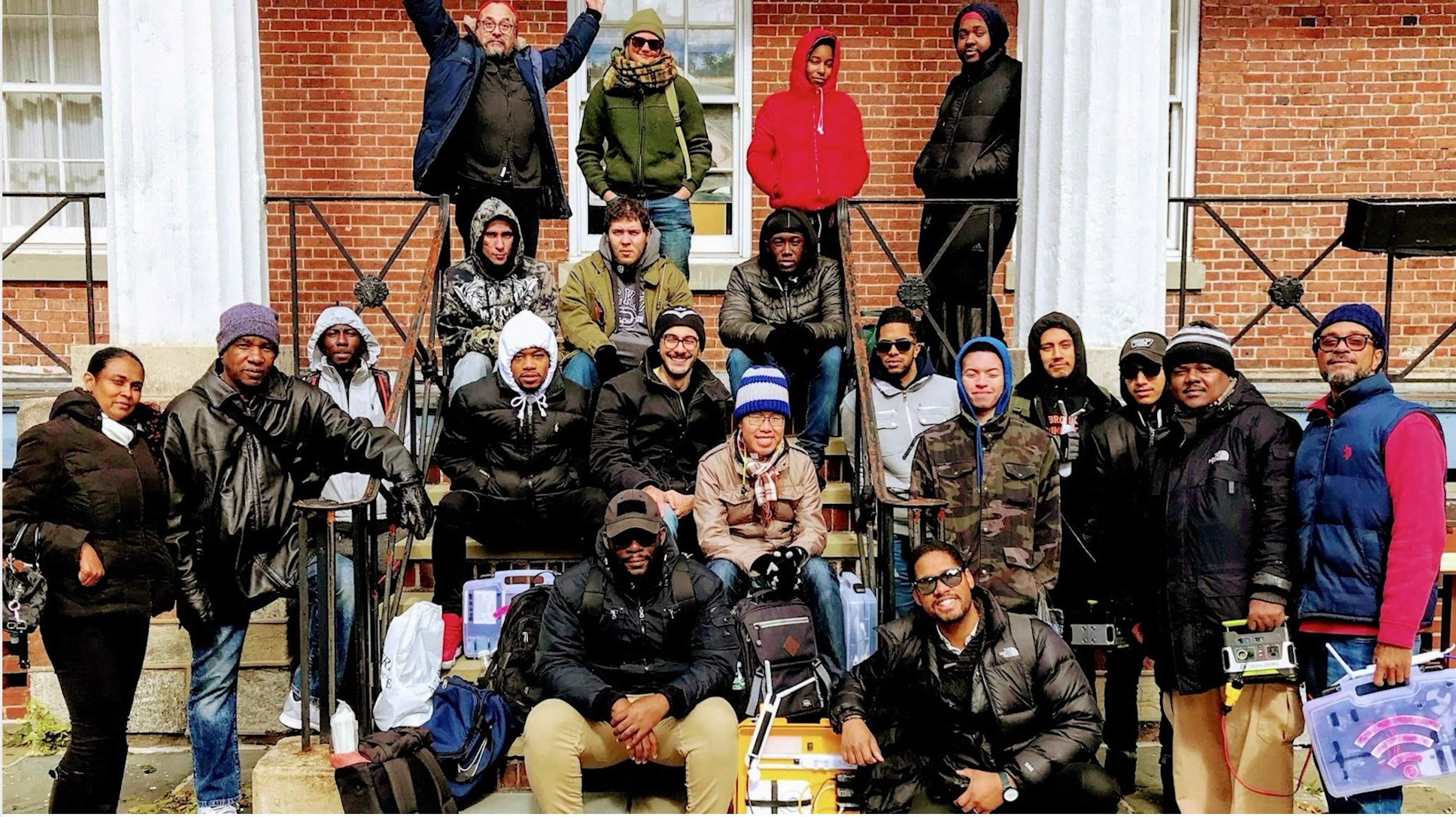 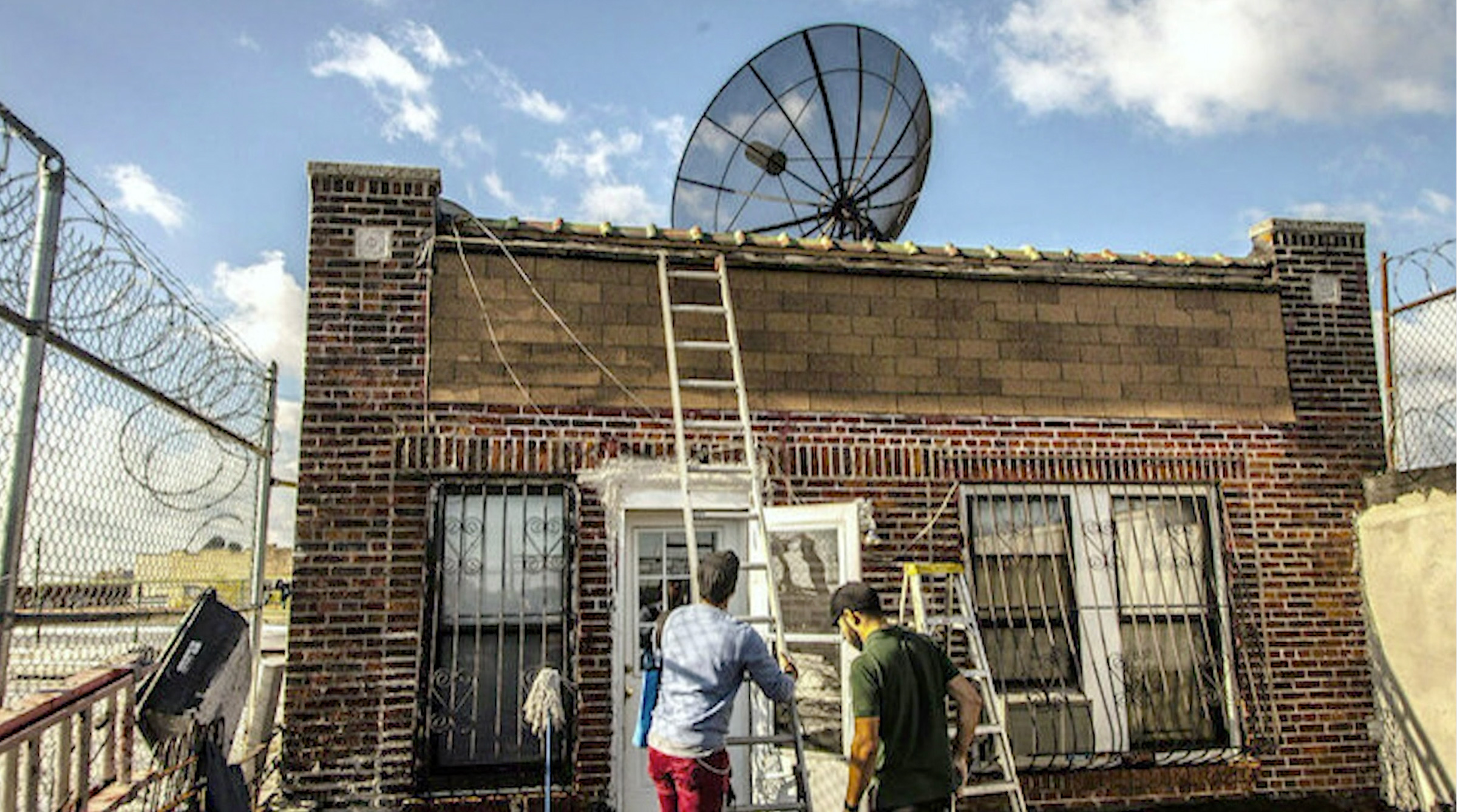 (Courtesy of THE POINT)

An Experiment in Linking

A Bronx native and a nonprofit connect Melrose

I almost feel responsible for not doing something sooner. Because I knew how bad it was.

Neture, in partnership with the Nos Quedamos community development organization, offers free and low-cost internet services in Melrose, and hopes to expand those services to many more Bronx neighborhoods in the near future.

Nos Quedamos, which owns property and buildings in Melrose, contracted with Neture in 2016 to provide low-cost internet to five floors of apartments at 390 E. 158th St. The two-year beta test received good reviews from tenants, which led to a broader plan.

In 2017, the state began funding projects led by companies and community-based organizations through its Downtown Revitalization Initiative.

By early next year, 500 people in the five buildings will have direct access to the service, but as many as 7,000 residents who live in the multi-block span between the buildings will also have access from their homes, according to Nos Quedamos CEO Jessica Clemente. 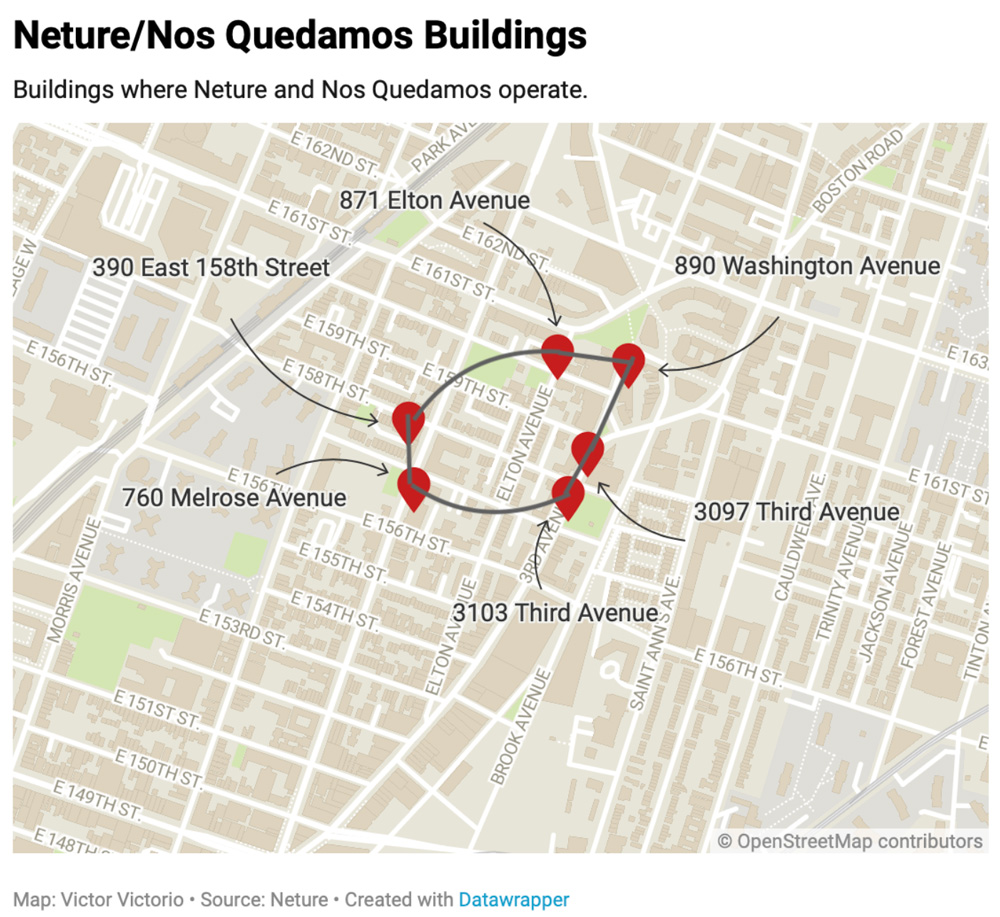 Jenkins, 43, a Bronx native and Fordham graduate who now lives upstate, previously owned a gaming company. He and his friends wanted to build a project that could have a vital impact in the Bronx.

“I thought we should create something to help people who are primarily not focused on —like maybe underserved or low-income families. Ultimately, we came up with this idea,” said Jenkins. “Unfortunately, we realized that it was going to be very expensive to do the service and we couldn’t find something that was viable. So, they all kind of backed out. But I just stayed on top of it.”

The need is clear

The Bronx ranked first in city households without internet access in 2019, according to the Citizens’ Committee for Children of NY. In School District 7 in the South Bronx, which covers parts of Mott Haven, Melrose and Hunts Point, only 77% of all households had some kind of broadband internet access. 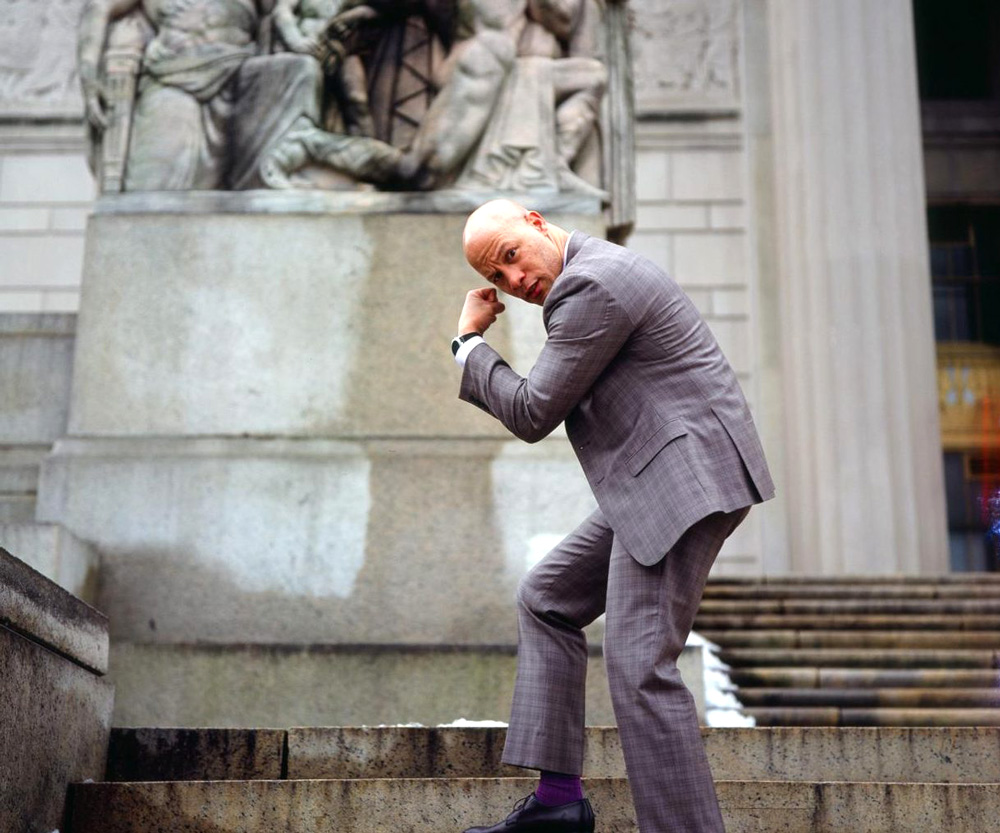 Neture completed connecting the first building, at 760 Melrose Ave., this spring. The nine-story structure consists of 120 apartments and, to date, about half of the residents have opted into the paid service. A second building, at 871 Elton Ave., was recently connected, as well.

Neture offers two internet plans. Under a free option, tenants get service of 10 megabits per second—enough for basic web browsing and emailing. A $20-per-month plan offers 25 mbps, which can support video streaming and gaming. Jenkins, who would like to make the service more affordable, is looking to decrease the charge to $10 or $15.

He said the pandemic has been a wake-up call on the digital divide.

“I can’t tell you how many people—investors, social entrepreneurs, government—weren’t really paying attention,” Jenkins said. “They thought it wasn’t as big of an issue. This pandemic, and the resulting issues stemming from it, are going to have long-standing implications for these families. I almost feel responsible for not doing something sooner. Because I knew how bad it was.”

Neture is the kind of small internet service provider that the city hopes will start filling in gaps left by major tech providers like Altice/Optimum, Spectrum and Verizon. Starry, operating in a few Bronx neighborhoods but based in Boston, is another example.

Jenkins believes connection speeds are not the most important factor in providing reliable and affordable internet access. The Federal Communications Commission defines broadband as 25 mbps or more. Most in the tech community say 100 mbps should be the minimum for any new installations. The highest speed Neture offers is 25 mbps.

Jenkins contends that most users’ internet needs can be accommodated at those levels. The key, he said, is that Neture provides reliably unfettered access to individual households. Major internet providers’ transmission towers are shared by multiple customers and buildings at any given time, often reducing promised speeds.

The company used existing fiber at 754 Melrose Ave., which Neture previously installed, and 390 E 158th St., the site used for the initial beta test. Neture installed network equipment and base towers on these buildings and the other buildings to be served. The towers will then create a point-to-point wireless network that can be accessed by receivers throughout buildings managed by Nos Quedamos, and in public spaces throughout Melrose Commons.

Jenkins said the ultimate goal is to bring broadband to more buildings, build on existing service and then connect surrounding buildings within a one-mile radius through a point-to-point network method. This type of network allows for a direct link to internet service between points while using minimal redistribution devices, also known as nodes, and less traffic. Bringing broadband to every building would be too expensive, he said.

After all buildings included in the Nos Quedamos project are fully serviced by the start of 2022, Jenkins hopes to convince businesses and other building owners to install more public access points so that he can keep expanding service.

Clemente reported that so far, most residents in the two wired buildings have experienced full and easy internet access, though a few have had trouble logging on. Ultimately, she said, more investment is needed.

“This is a multibillion dollar industry. If we take a page from that playbook and put it into the context of community ownership, we create pathways to prosperity for the community and create generational wealth,” said Clemente. “You can’t talk about equity if you don’t have the infrastructure.”

To determine what kind of download speed your household needs for various online activities, check out the chart on p. 7 of the NYS Reimagine Commission Report. 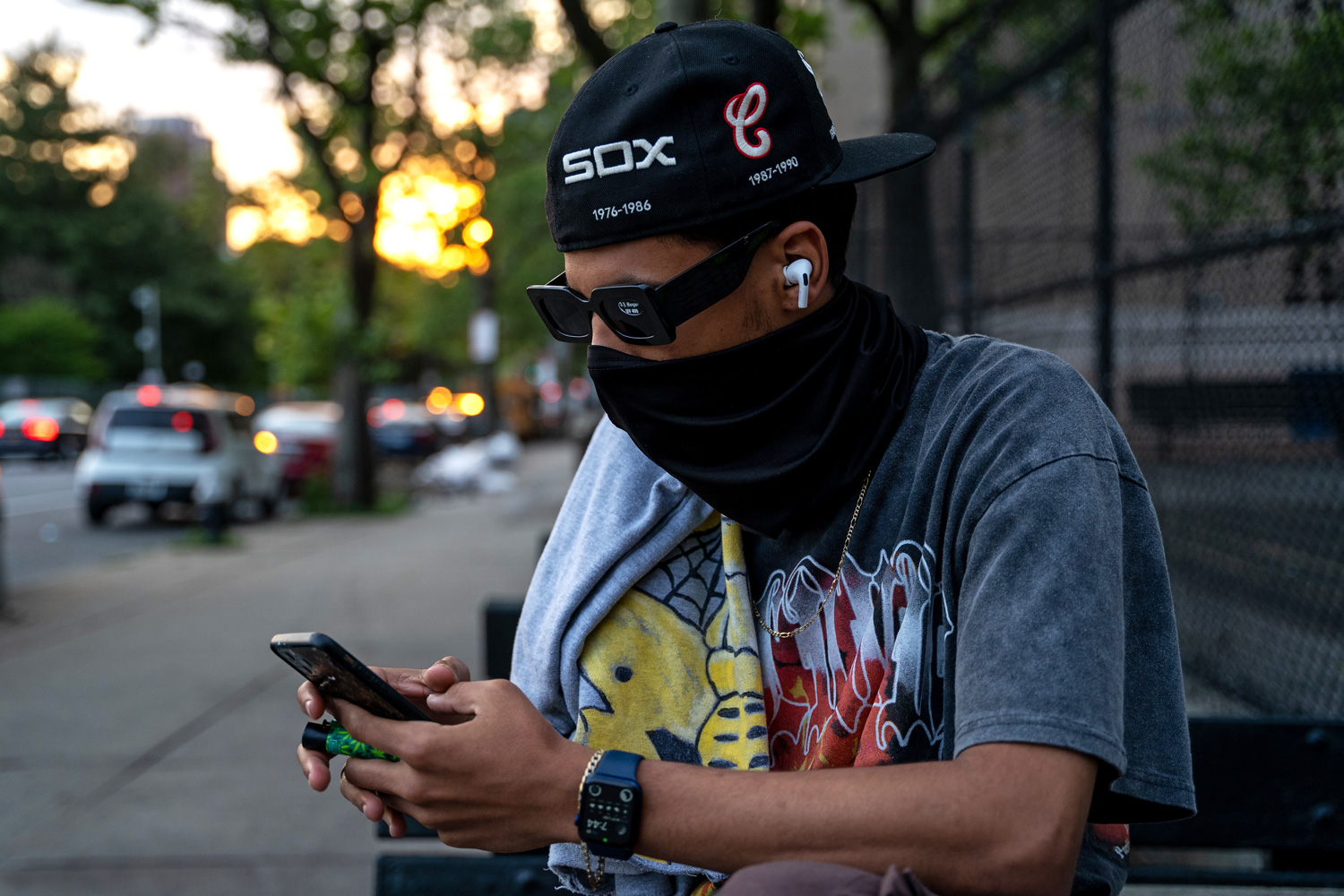 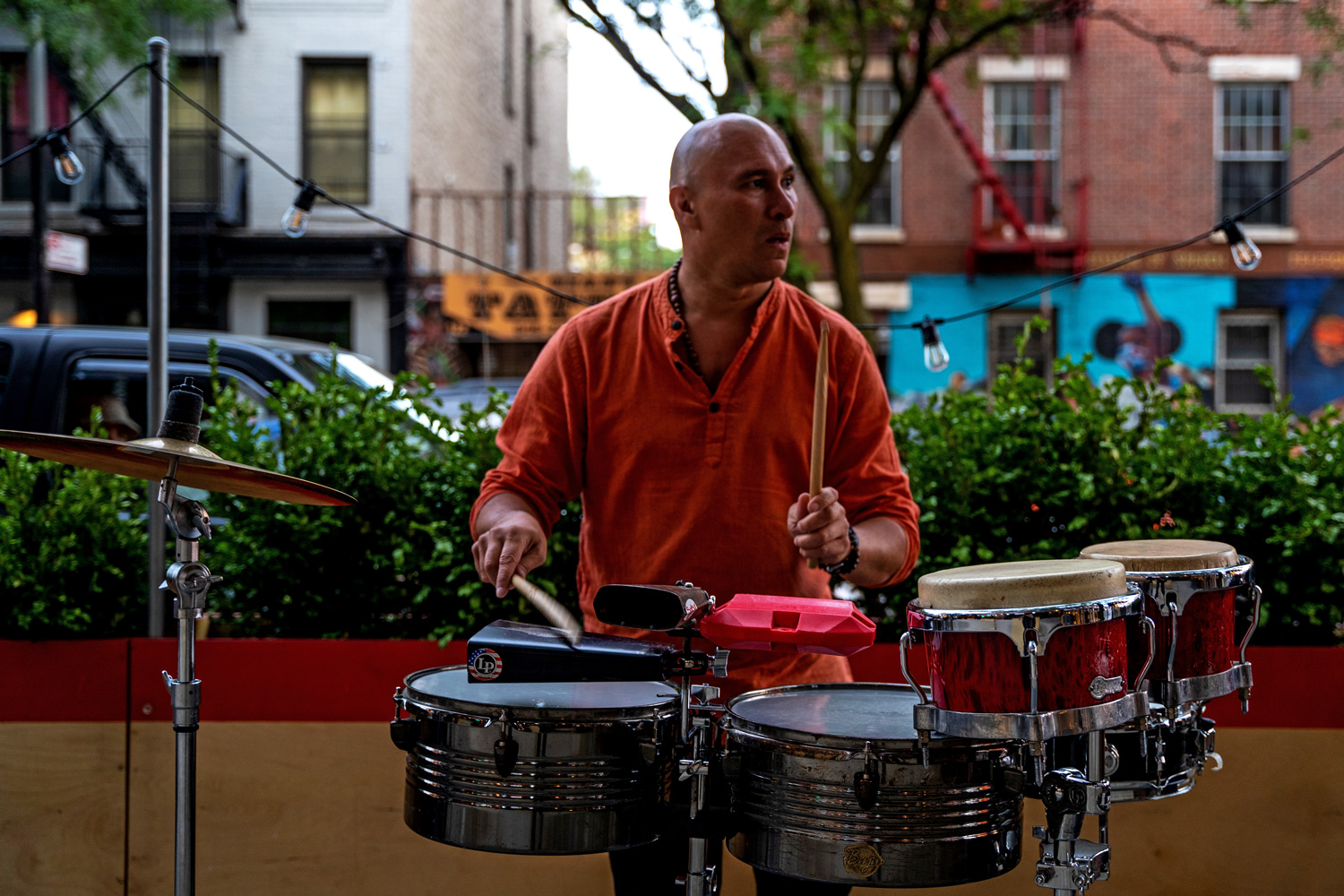 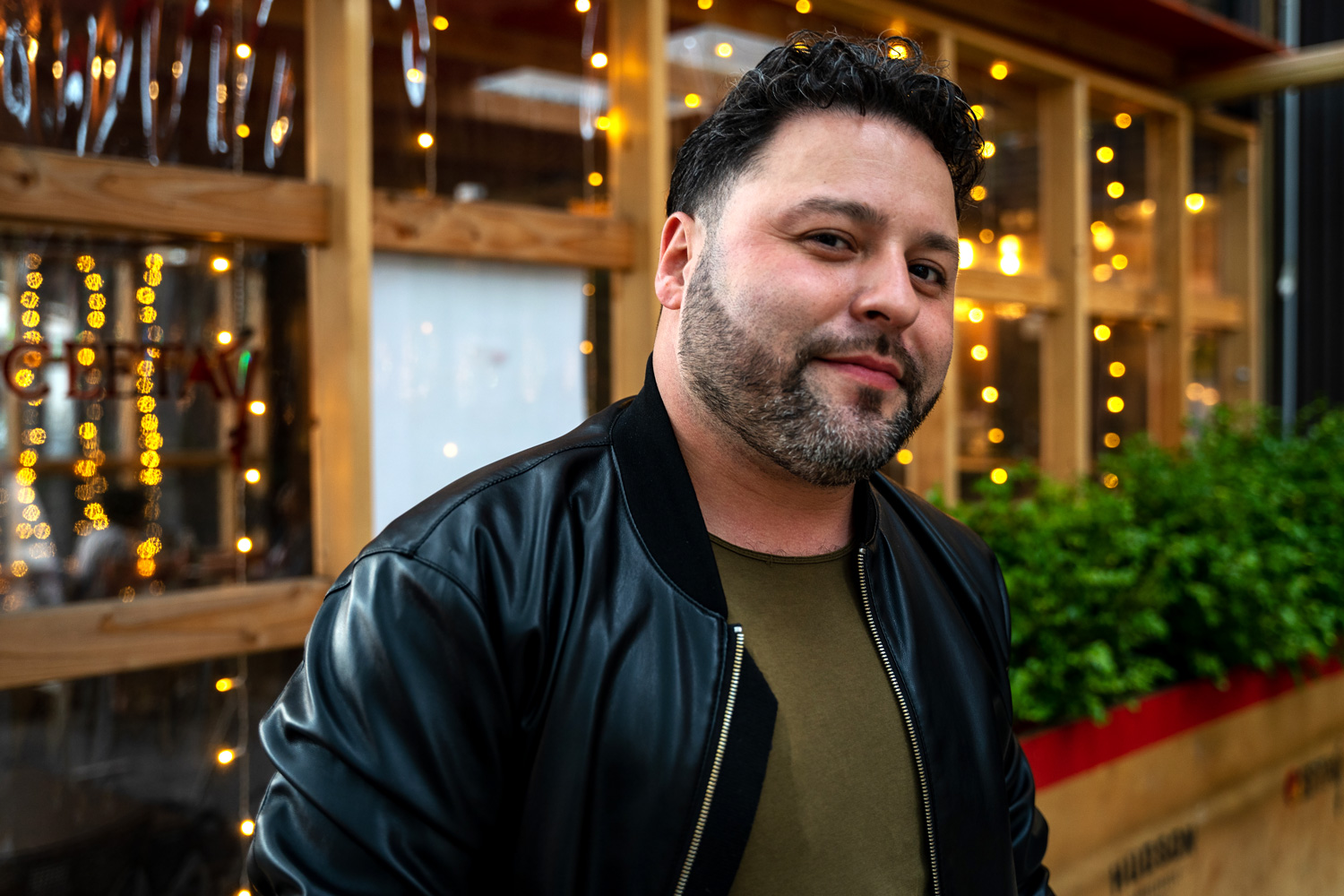 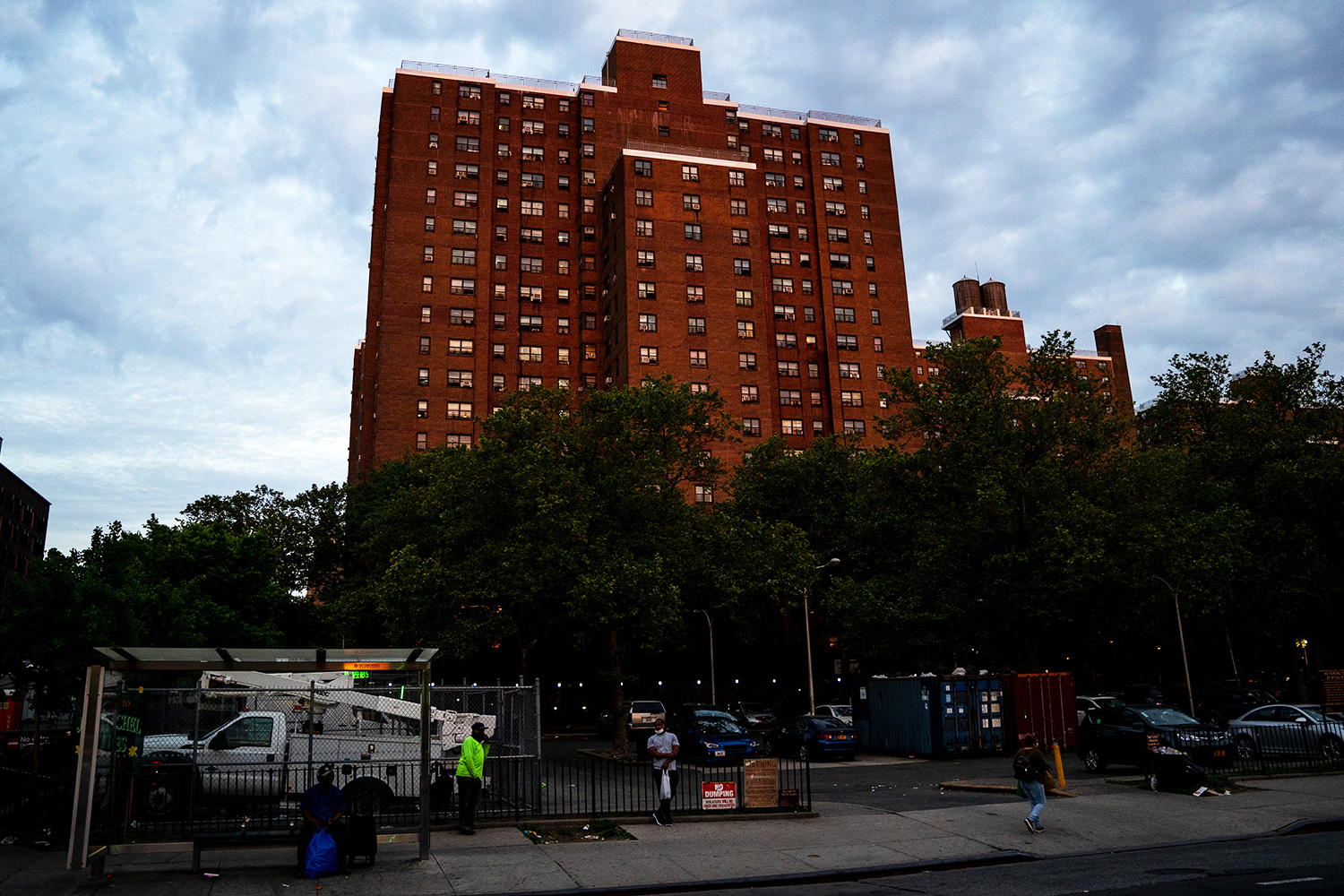 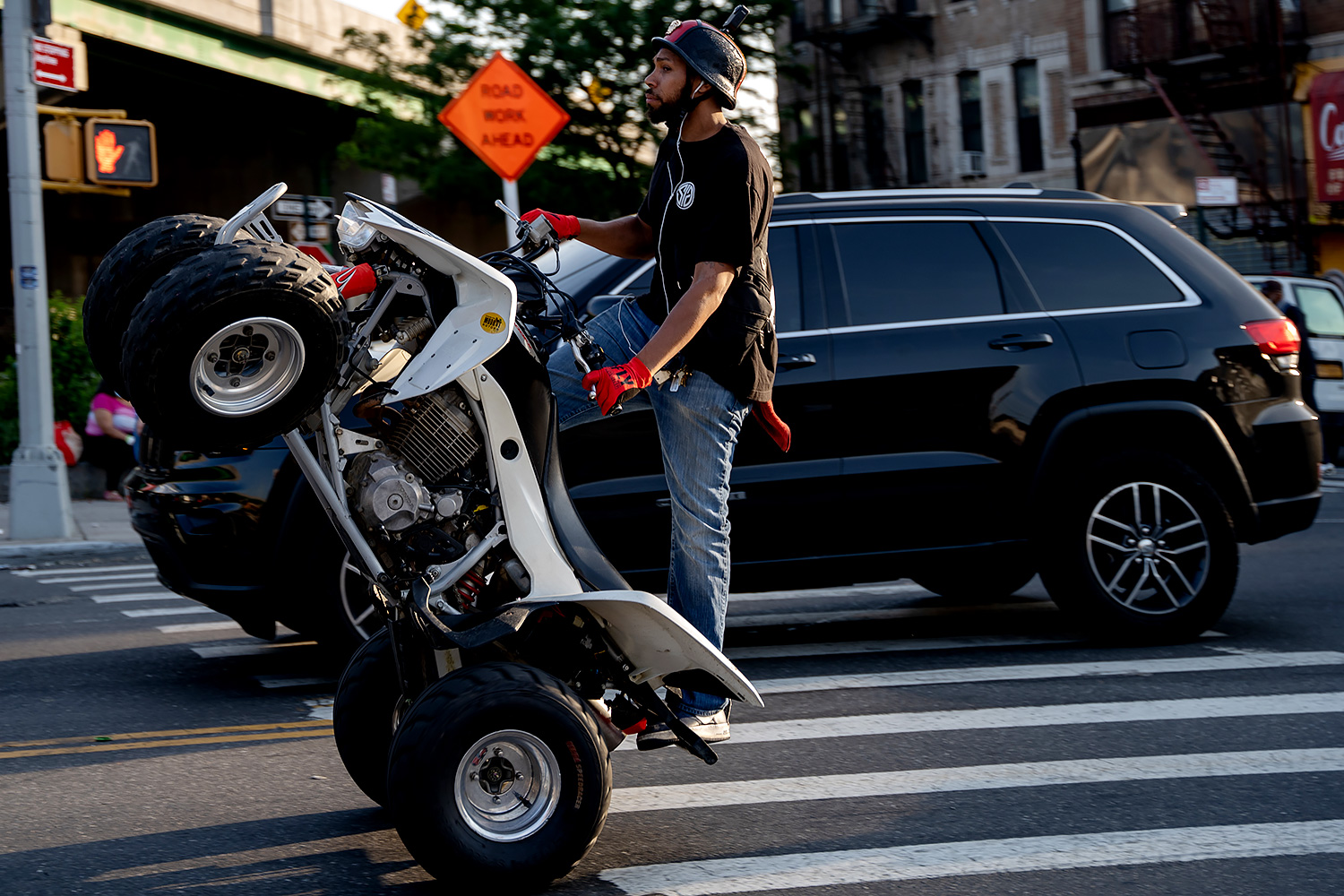 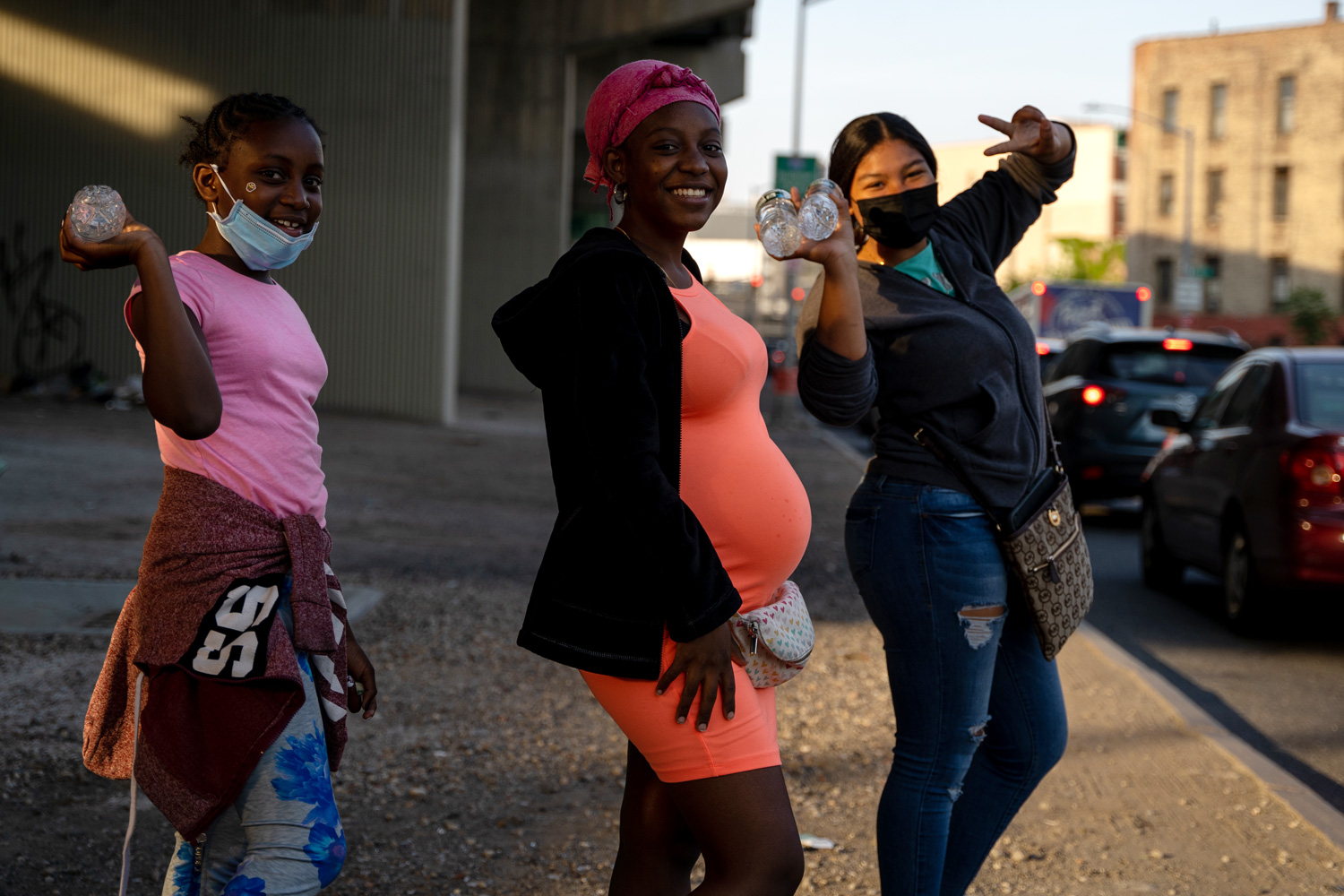 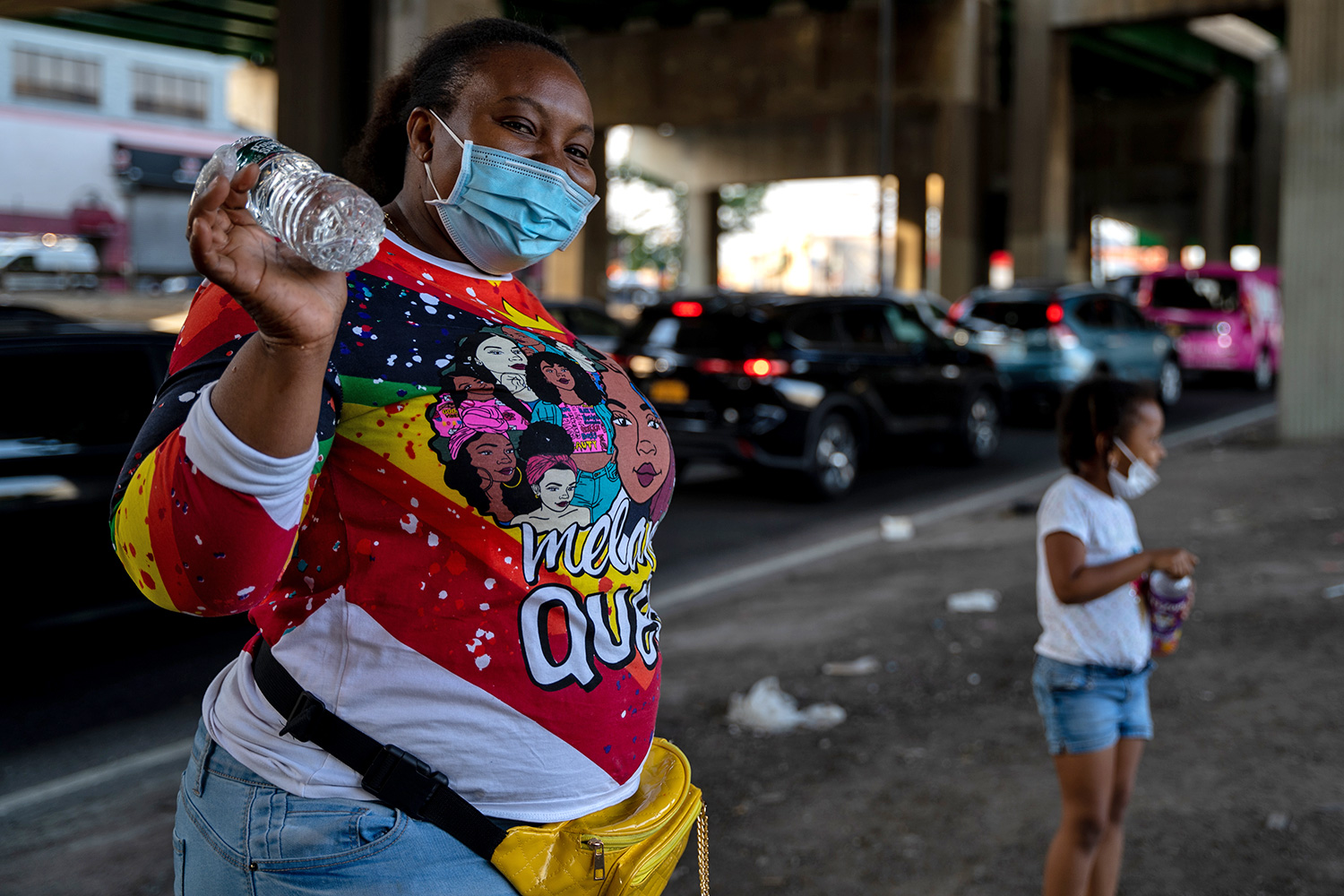 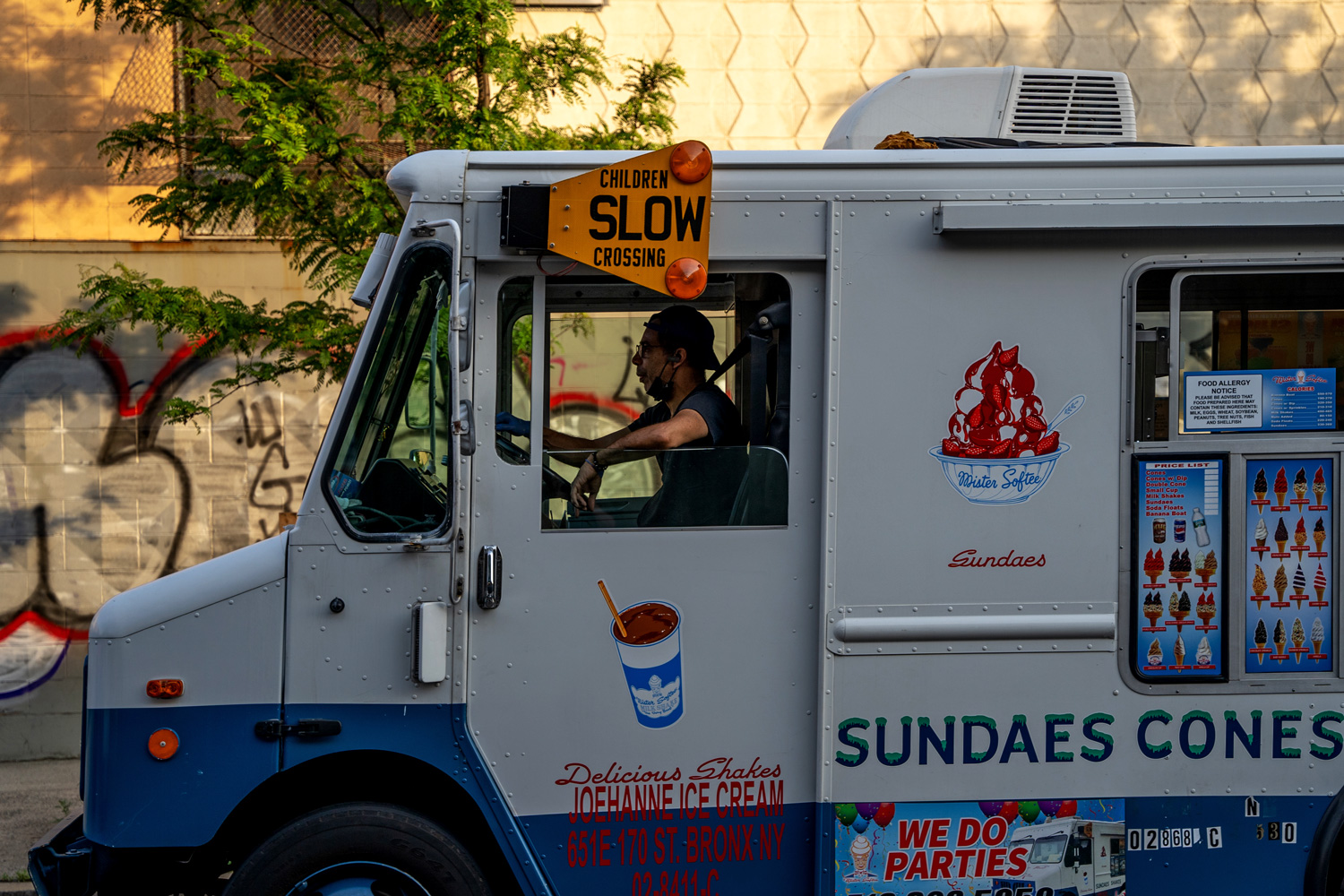 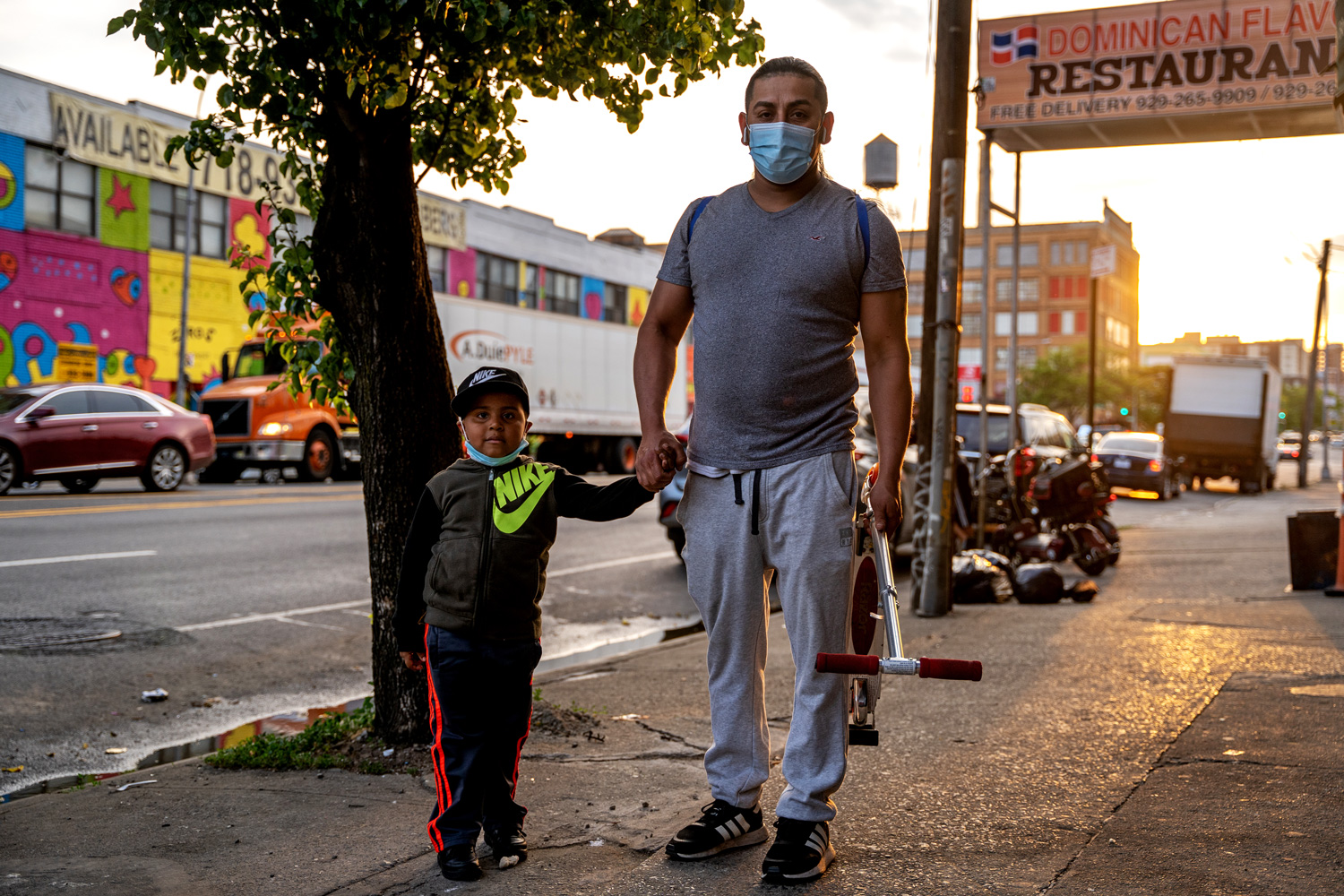 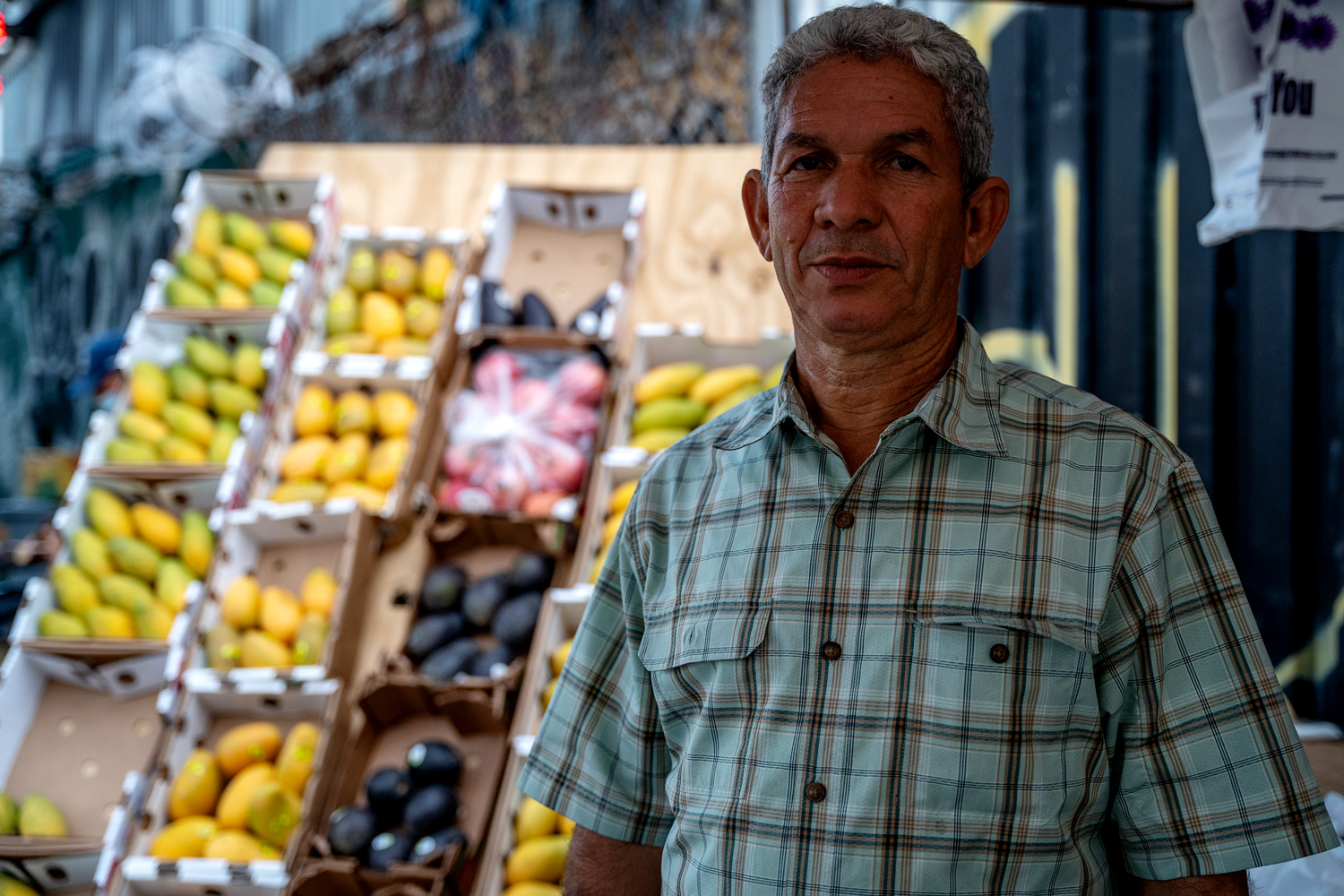