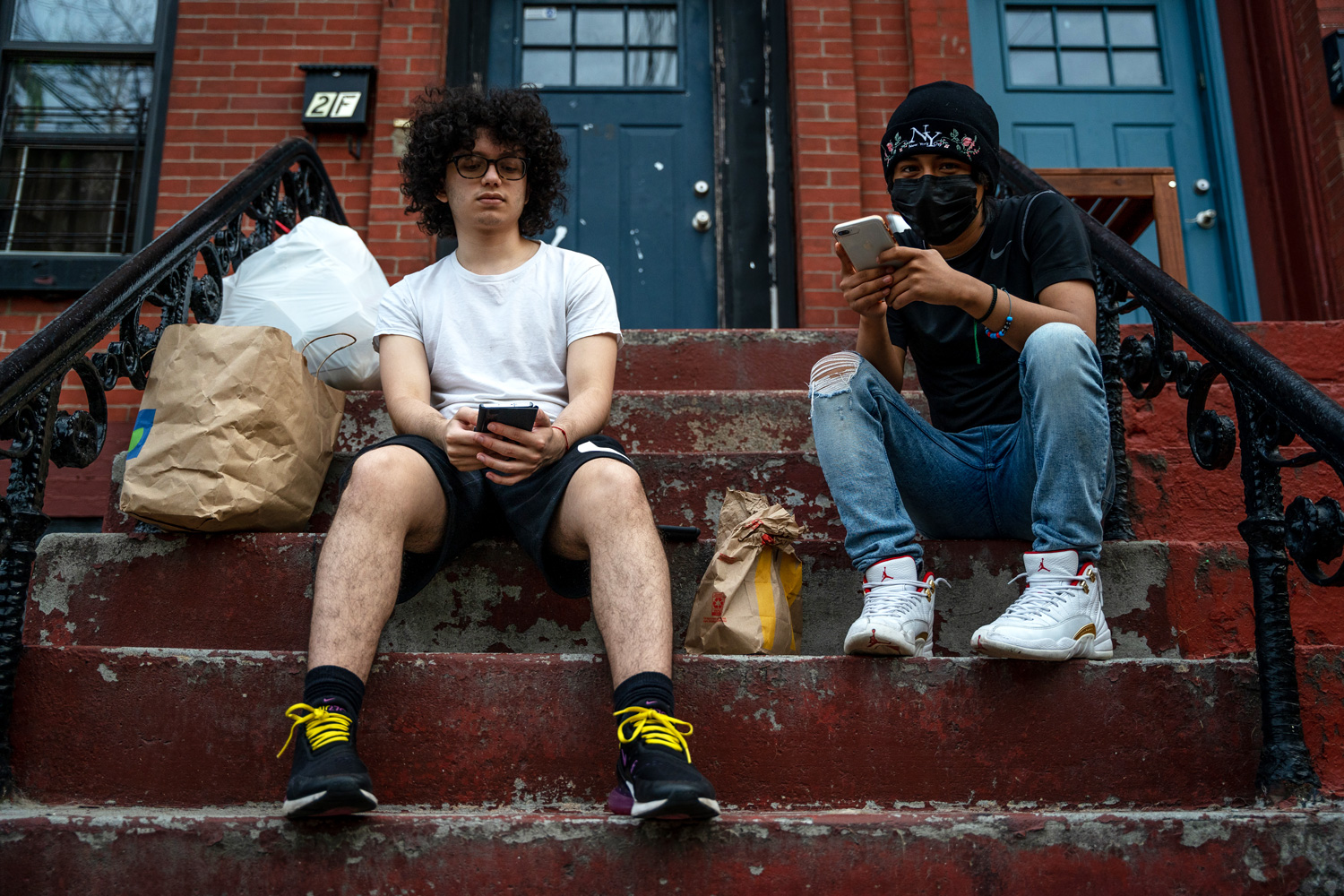 If you live in the South Bronx and you get a message saying “Your internet connection is unstable,” you are among the lucky.

It means you have a computer and internet connectivity.

Almost 40% of Bronx residents don’t have access to reliable broadband, in large part because the cost is too high for them, and half don’t have computers. Many have managed to get by with mobile phone connections.

Until schoolchildren were sent home for most of 2020 and told to dial into classrooms.

Until Bronxites without connectivity struggled to arrange COVID tests or vaccine appointments.

Until small businesses had to shut their doors without a way for customers to order online.

Parents searching for food banks had to depend on word of mouth. Digital hot spots like the sidewalks near shuttered libraries overflowed with students trying to do homework on their phones. When visits to doctors went online, patients often had to do without.

Suddenly, the digital divide demonstrated another big way the South Bronx has been left behind.

The horrors of the pandemic—hospitalizations and deaths in the Bronx were the highest in the city—opened the eyes of New Yorkers to the inequities that pervade city life from education, housing and healthcare to food access, the availability of open spaces and the treatment of essential workers.

As the nation moved indoors and online, it became evident that connectivity and digital literacy had become basic necessities, right up there with electricity, water and sewage service.

Things started happening in the Bronx.

A community relief fund launched by The Bronx Community Foundation raised $10 million to provide laptops and Wi-Fi devices for students, as well as to supply food-distribution centers. Under the foundation’s umbrella, dozens of Bronx nonprofits began collaborating on pandemic challenges. Connectivity was at the top of everyone’s list, leading to creation of a Bronx Digital Equity Coalition.

The coalition began focusing on low-cost broadband solutions operated in the South Bronx by THE POINT CDC and Nos Quedamos, as well as efforts by Per Scholas and Knowledge House to build a locally based tech workforce. The group began working with the city and state to ensure Bronx voices were heard in plans to address digital disparities.

Eyeing city and state proposals to open up competition, traditional providers began temporarily offering $15 to $20 per month service to low-income residents and lower cost contracts in entire buildings—even as they contested a state mandate to make $15 per month service to qualified households permanent.

Meanwhile, the Federal Communications Commission began offering $50 monthly rebates on broadband service to qualifying low-income residents for the duration of the pandemic. And the compromise federal infrastructure proposal included $65 billion to ensure all Americans have broadband access.

In the South Bronx, the challenge will be ensuring that progress continues and the process is not commandeered by companies whose primary interest is profit.

The Bronx may be buffering now. Yet its nonprofits, neighborhood activists and elected officials are not just spinning their wheels. Brought closer together by the pandemic, this community is taking a stronger hand in how broadband is delivered, now and in the future. 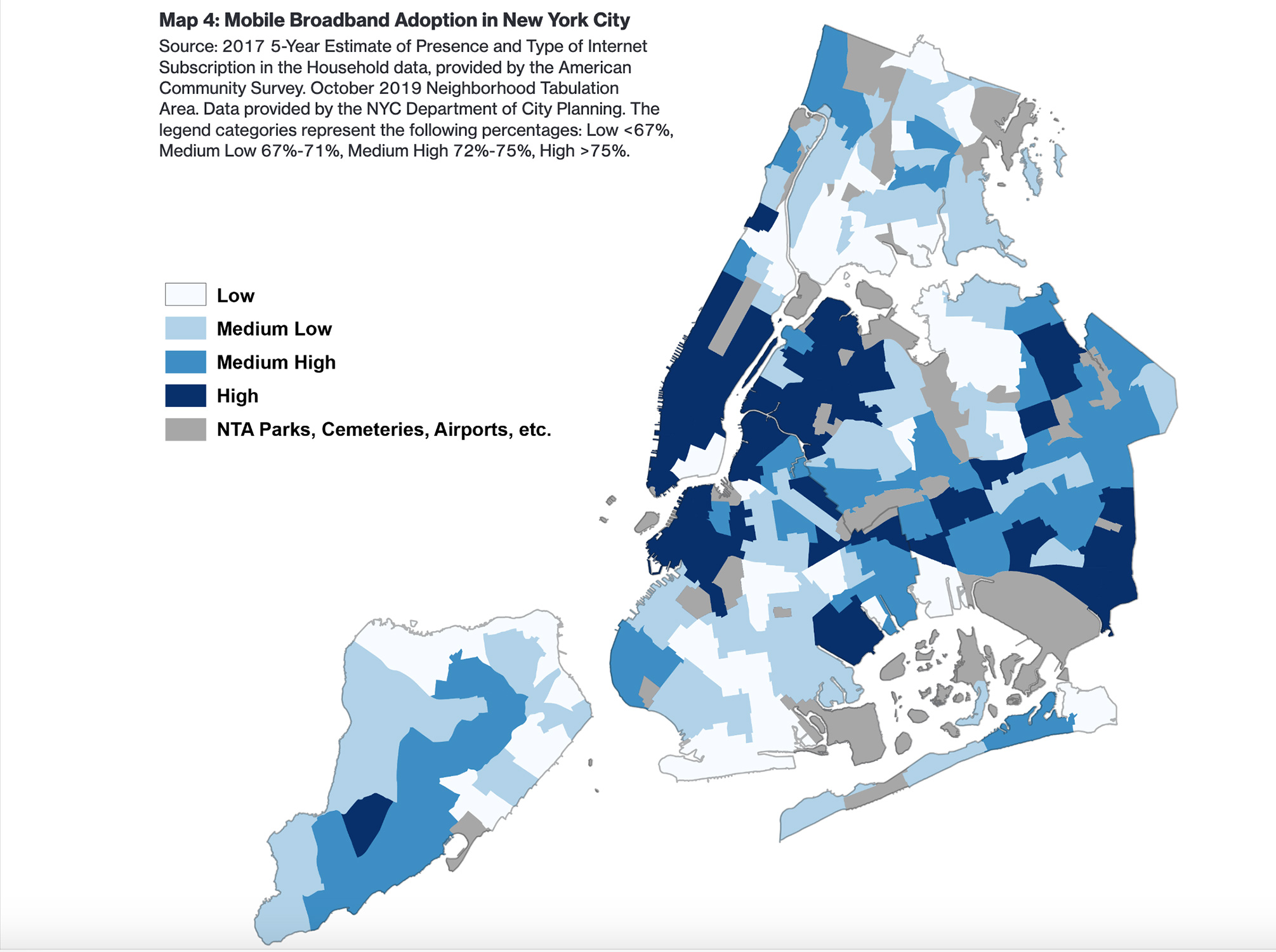 The Bronx is Buffering was produced by students at the Newmark Graduate School of Journalism at CUNY‘s NYCity News Service under the guidance of Judith Watson, John Mancini and Christine McKenna.